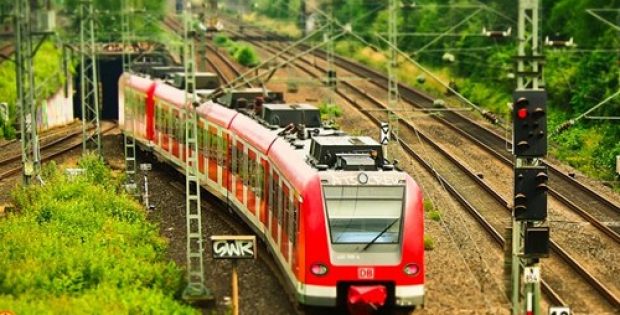 Reports indicate that ABB has been awarded its largest traction equipment order in India, worth approx. Rs.270 crore (over $42 million), for state-of-the-art converters to be supplied for electric locomotives from Varanasi’s Diesel Locomotive Works (DLW).

According to a news release from ABB,these converters are specially designed for Indian Railways, and would beproduced at one of the biggest factories of ABB for locomotive applications, inNelamangala, near Bengaluru in Karnataka.

Apparently, the traction solution of ABB is based on the latest technology for bringing trains with higher reliability to passengers, while increasing the use of sustainable transport by shifting from diesel trains to electric. This would help rail operators in achieving major operational improvements.

Ulrich Spiesshofer, Chief Executive Officer of ABB, mentioned that the company would be contributing to the electrification of the rail network of India with the locally manufactured solutions of ABB. India is achieving rapid improvements in productivity and growth, by adopting advanced technologies, as well as  shaping its economy for the digitalization era.

Managing Director of ABB India, Sanjeev Sharma, said in a statement that the company is working with Indian Railways and DLW on the electrification of India’s domestic rail network, which is the fourth largest rail network globally. This order would assist in improving rail efficiency, so that Indian passengers would reach their destination in comfort and on time, he commented.

Currently, the traction equipment from ABB successfully drives over 250 electric locomotives, which are being operated by Indian Railways for both freight and passenger services. Over 20 per cent of three-phase electric locomotives in India are equipped with ABB traction converters. The Indian government approved plans, last year, for fully electrifying the Indian Railways by 2022.

For the uninitiated, ABB is a pioneering technology leader in industrial automation, electrification products, power grids and robotics and motion, serving customers in industry, utilities and transport & infrastructure sectors worldwide.